Getting orchard apples for a fraction of the price

Do you want to try some high-end apples at bargain basement prices? Culled apples are the way to go!

In my article about urban foraging, I mentioned asking produce sellers for “canning” or “freezing” grade fruits and vegetables, which are the “not-so-perfect” ones. Some orchards do the same thing with apples — they’re called the “culls”, and they’re a fraction of the price of the pretty apples.

At my favorite local orchard, they sell bagged apples for about the same price. But on my last visit, the owner invited me into the cooler. On the floor, under the shelves full of bagged apples, were boxes of culls. Each one held about a bushel of apples (48 pounds). I asked him about them, and he said they were picked off the tree at the same time as the ones that were bagged, but these had spots, blemishes, or just plain looked strange. He’d been selling them for $20 per box, but since we had a good business relationship he’d sell them to me for $10 a box (or about 20 cents per pound!).

There were boxes of all his normal apples — Beacons, Galas, Sweet Sixteens, Red Barons, Macintoshes, and assortments. My wife and I have been talking about baking with them and making cider, and so in the end I picked a box of Red Barons. We carried them out of the cooler, and on the way he asked if we ever made sauce. I told him yes, but it had been a bad year for our normal sauce apples, the early-ripening Lodi. He said the Beacons were perfect for it and made a beautiful pink sauce. Now I had a difficult choice to make.

I checked my wallet, and all I had left was $12. I told him that, and he thought it over for a second and said “I’ll sell you both boxes for that.” I told him he couldn’t do that or he’d go broke, and he said yes he could, he owned the trees,

So for $12, I ended up with almost 100 pounds of apples. Half of them (the bottom box in the image) are being made into wonderful pink applesauce (we’ve got 9 quarts canned and more to go), while the others (the top box) will be peeled, cut, and frozen for use through the winter months. The final cost per pound: 12.5 cents.

Now how can you beat THAT? 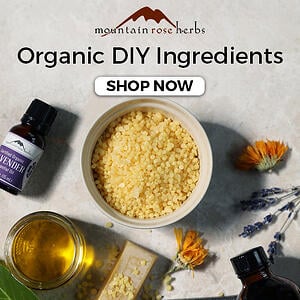