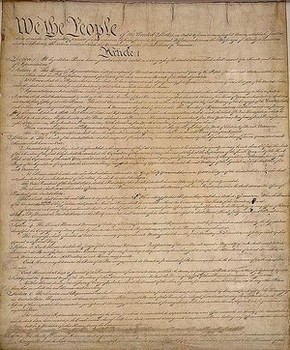 A national, nonpartisan campaign launched this week to promote the First Amendment to young Americans.  1 for All provides lesson plans for elementary, middle and high school students, plus a contest, links, resources and more.

1 for All founder Ken Paulson says the initiative is aimed at people ages 8 to 22 as well as those who teach them. It is designed to apply First Amendment freedoms to modern technologies and concepts.

The campaign relies on supporters to provide free advertising space and features interactive ways for people to get involved, such as a video contest. People are also encouraged to submit photos, songs and stories.

The campaign has the support of celebrities like Ellen DeGeneres, John Mellencamp and NBC “Meet the Press” host David Gregory, plus more than 1,000 other organizations committed to helping publicize the campaign.