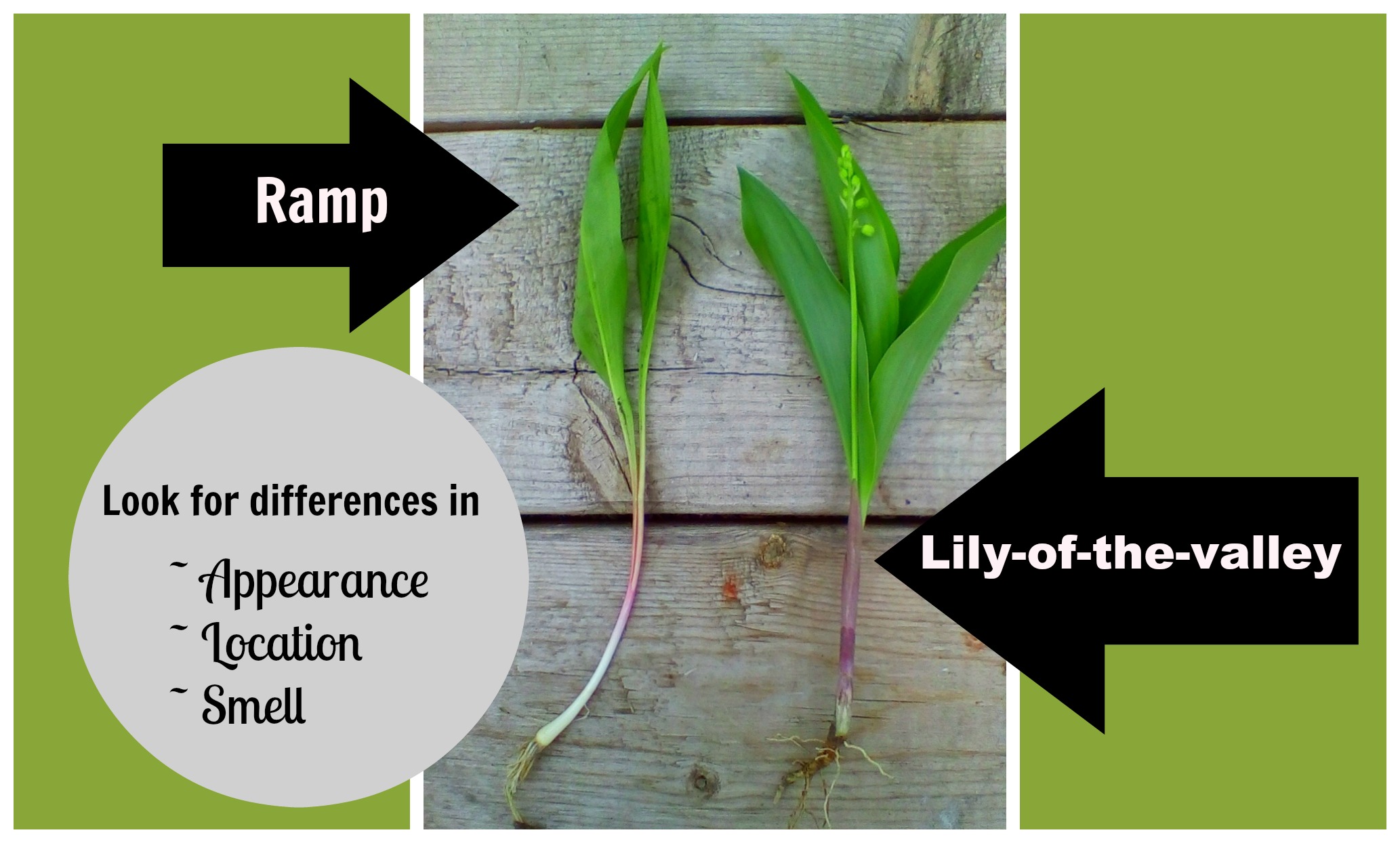 New foragers sometimes worry about telling the difference between highly sought-after ramps (wild leeks) and their poisonous look-alikes, Lily-of-the-valley. It’s always wise to be leery when you’re new to foraging, but once you know what to look for you don’t need to worry. There are quite a few ways to accurately tell the difference between the two plants.

Ramps (ramsons in the UK) are alliums, members of the onion family. Their leaves taste like a milder mixture of garlic and onion, and once cooked they have the texture of spinach. They have a short season and are difficult to cultivate, which means that they fetch top dollar at farmers’ markets — up to $20 a pound.

In contrast, Lily-of-the-valley is an imported flower that has invasive habits and contains cardiac glycosides that affect the body in a similar manner to foxglove (digitalis). Symptoms of ingesting it include flushed skin, nausea, dizziness, headache, weakness, hallucinations and changes in heart rate. In extreme cases, it can lead to death. Most cases of poisoning by Lily-of-the-valley result from children eating the berries that occur later in the season, but occasionally there are cases of poisoning where people mistakenly cook with them, thinking they are ramps.

The two plants look similar, but there are good ways to tell them apart. You can see some differences right away and there are even more ways to be sure you’re picking ramps and not lily-of-the-valley.

It’s a good idea to locate and dig up a lily-of-the-valley so you can see and smell the differences for yourself. The best way is to forage with someone who has experience with ramps your first time out. That said, if you use these identifiers it is easy to tell the difference. Be sure to never eat anything that you are not sure about, however.

Ramps are extremely slow to reproduce, which means it’s important to forage for them responsibly. In some parts of the country they are over-harvested and it is illegal to harvest them in parts of Canada. Be sure to only harvest the leaves and not the bulbs, so the plants survive. Even then, harvest only a small percent of the leaves you find. This can help ensure that the stand can continue on for many years.

Once you have your ramps, here are wonderful ways to cook with them.