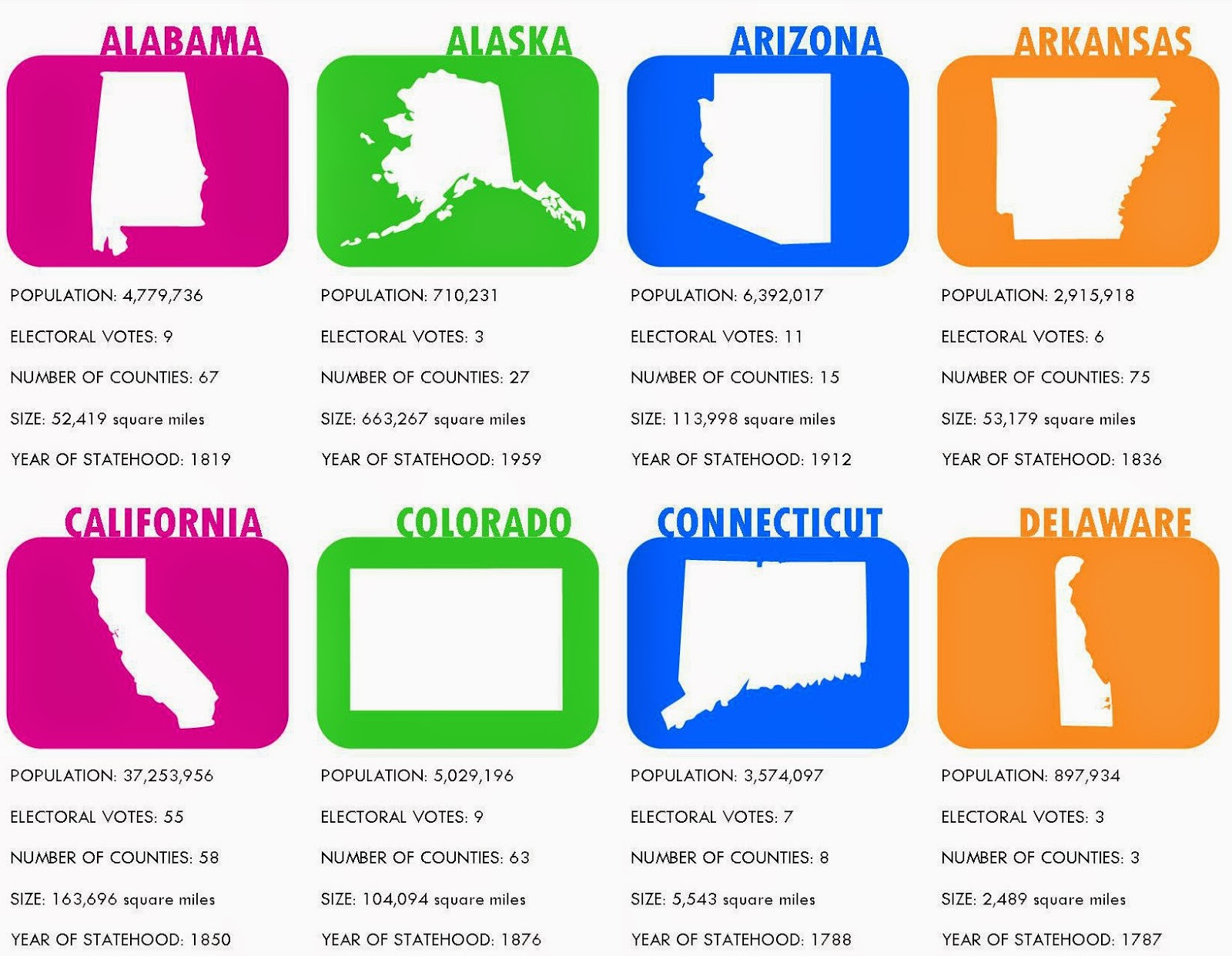 Relentlessly Fun, Deceptively Educational has created a wonderful free printable card game that helps kids learn all about the geography and history of the states.

Battle of the States is played a little bit like “War” but by comparing numbers and dates related to the states such as population, number of counties, electoral votes and year of statehood.

Shuffle the deck and divide it in half with the cards face down. Each player turns over the top card on their deck, keeping it to themselves. Then, the youngest player names a category (e.g. population, number of counties, electoral votes, etc.).

If a player selects the “statehood” category, the winner is the player with the card containing the earliest statehood year.

The player with the most cards at the end wins.

One nice thing about it is that it is slightly skewed in favor of younger players, since they start the game and pick the category to compare first. The player who has the higher number in that category gets both cards and gets to choose the next category.

Another nice benefit to the cards is that players learn more about the states than they do in most games. While it’s common to learn facts such as the capital cities and state mottos (the Scrambled States of America card game is a fun way to learn these facts), these cards include information such as the number of electoral votes in each state, year of statehood, size and number of counties.

You can download the 7-page PDF file here. For best results, print the cards on card stock and laminate if desired.