Print Out the FREE Around the Horn Game to Learn About the Gold Rush! 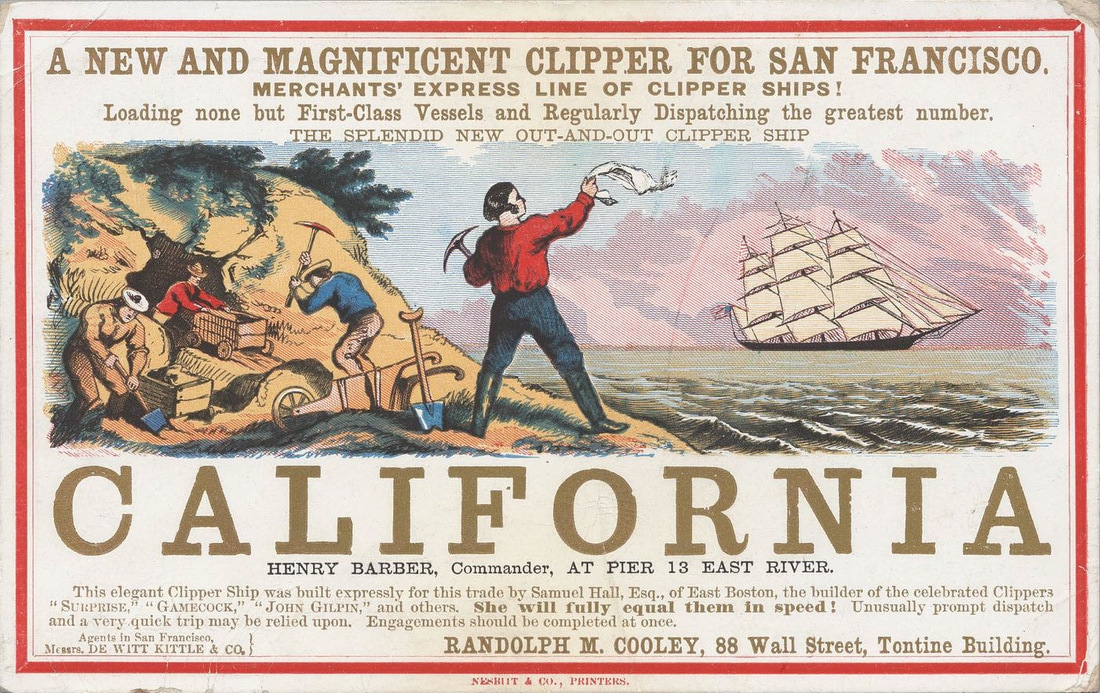 When gold was discovered at Sutter’s Mill in California in 1848, it set off the great Gold Rush. While many people went overland across the country, many others chose to go “around the horn”.

This meant boarding a ship at New York City, Boston, or another eastern port and heading south, south, south. The ships kept going until they reached Cape Horn, the tip of South America. Making their way around it, they then headed north for San Francisco. In 1849, over 700 ships made this voyage of 13,00 miles, usually in 6-8 months, stopping at ports along the way to resupply.

While it was by far the longest route and was very expensive (around $300 per person), there were many advantages. People could set off in the winter when the overland routes were blocked. They could bring along far more baggage and cargo. And they didn’t have to worry about buying their own supplies or facing any of the many hazards along the way. It is easy to see why ships were so popular.

There were also down sides to this, though:

There were many disadvantages as well, though. Ships were at the mercy of the wind and waves. Sitting motionless for days waiting for fair weather was not uncommon. Longer periods at sea meant running low on food which meant disease and scurvy. The overcrowded conditions led to illness spreading very quickly. And the trip around Cape Horn was by far the most dangerous part. Ships could spend weeks fighting hurricanes, snowstorms, and frigid winds before they rounded it, and many never made it through.

When they had made it around, their problems still weren’t over! Contrary winds could blow a ship far off course, sometimes as far as the Hawaiian Islands. And once they made it up to California, they could sit for days waiting for winds to blow them into the San Francisco bay. One ship, the Apollo, waited for two weeks until the winds changed!

In the printable game, kids play that they’re on the ship “California” and make three stops at ports along the way. Game cards tell them what happens to them and how it affects them. For instance, the type of winds determine if they move forward one, two or three spaces. If the crew gets scurvy, they lose a turn, as they do if they hit the Doldrums or get a broken mast. Hit a severe severe gale and they go back three spaces.

The printable game includes a board in four parts, rules and game cards, plus a worksheet about the subject. You’ll need tokens and a die.