What homeschoolers can learn from Swedish preschools 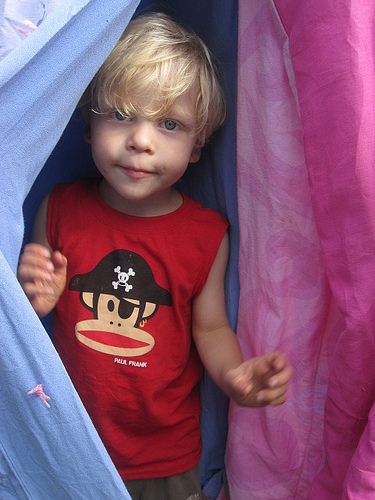 There’s a big push in the United States to introduce formal academics earlier and earlier for young children, and that has been spilling into the homeschooling community. While many homeschoolers of the 90’s chose to homeschool because of issues like schools transitioning to full-day kindergarten and the “too much, too soon” academic pressures that were being pushed on children, many of today’s new homeschoolers are mimicking modern public schools even in the preschool years and before.

However, much of the world is catching on to the idea that early academics do not do children any favors, and in fact, they lead to lower academic scores and educational burnout just a few years later.

Teachers TV, a group that produces educational programs to benefit teachers, highlighted Swedish preschools in their video series “How Do They Do It?” for their Early Years series. In the 26 minute video, they show how Swedish preschools operate and what the children do all day, which is often surprising.

Sweden’s attitude to teaching one to six year olds appears incredibly relaxed. There’s little formal learning and play is paramount. Most of the children who leave pre-school at the age of six can’t read or write.

Yet within three years of starting formal schooling at seven, Swedish children lead the literacy tables in Europe. Could the absence of testing and inspection combined with a strong emphasis on play and relaxation be why?

The video talks about what’s important in Swedish preschools — lots of time outside, natural foods, cooperation, exercise, security, play, life skills and most importantly, fun. It also shows how these young children do in school a few years later, and lets them talk about what they think of it all.

As the narrator says,

Imagine a school where play and relaxation is paramount…

…Where there’s little formal learning and most leave at the age of five or six unable to read or write.

… Yet, just a few years after starting formal schooling at the age of seven, these children lead the literacy table in Europe.

In the video, the preschool director points out that there is no testing and that “It’s not the child we should evaluate, it’s the processes we do.”

It’s equally important to note that preschool age in Sweden is generally through age six. Just as in Waldorf schools, formal schooling doesn’t begin until children are seven years old, and yet these children are often performing the best of all European children a few years later.

What about the rest of the world? Teacher’s TV has an entire series of programs that follow countries that teach in the best ways, and Hungary was featured for teaching math best. Again, you’ll notice that they introduce formal learning later and the children do better. In Hungary, they begin formal school at age 6 and are not formally tested until age 14.

What about here in America? Most American child psychology and education experts also extol the benefits of play-based learning for young children. In NBC News’ “Growing Up Healthy” article, Should preschools teach all work and no play?, Rebecca Marcon, a developmental psychologist and education researcher says:

What we found in our research then and in ongoing studies is that children who were in a [play-based] preschool program showed stronger academic performance in all subject areas measured compared to children who had been in more academically focused or more middle-of-the-road programs.

Marcon and other researchers say that children who are subjected to overly academic environments early on have more behavior problems later and are less likely to be enthusiastic, creative learners and thinkers.

“You will frequently get short-term gains with a highly academic approach (in preschool), but they come with long-term consequences,” says Marcon. “A lot of early childhood studies only follow children to third grade. But when you take it into fourth grade and beyond that’s where you see the big difference. That’s when children have to be more independent and think.”

Home education in the early years doesn’t have to look like school. Children learn very quickly and easily from activities such as playing games, exploring nature and being read to. A rich educational environment for the preschool years should involve lots of puzzles, blocks, games, art supplies, imaginative toys, musical instruments, unstructured play, time outside and one-on-time with a caring adult.

The first years are the once-in-a-lifetime window of opportunity for children to follow individual interests, explore, invent and discover, and revel in a love of learning while establishing the secure roots necessary for a successful education.

The Swedish preschool also shows that this is the time to set foundations for equally important life skills such as helping with meals and housework — which children naturally enjoy at this age. Indeed, Montessori preschools are filled with objects like silver polishing sets and child-sized cleaning supplies precisely because children do naturally gravitate towards these types of activities and they are more beneficial than parents may realize.

Plutarch said, “The mind is not a vessel to be filled but a fire to be kindled.” The early years are the time to help light the fires of a love of learning. The preschool years in homeschool can help children light these fires for a lifetime.